Menopause – once more quaintly known as ‘the change of life’ – can be one of the most disruptive and challenging phases of a woman’s life. Sometimes thought of as the official entrance to ‘middle age’ – although it can occur as early as the late thirties and the symptoms that come before the actual onset of menopause can be just as unpleasant and disruptive and begin even earlier – menopause comes along with all kinds of physical and mental challenges.

Some of them – hot flashes, mood swings, sudden weight gain – are well enough documented that most women expect them and understand they are a part of the larger process. What has been less well understood – until recently – is that disturbed sleep and insomnia can be very closely linked to menopause and perimenopause as well.

One of the biggest reasons that researchers and sleep medicine specialists began taking a much closer look at possible links between menopause, and the menstrual cycle in general, is that statically women report suffering from insomnia and sleep disruption in numbers that are significantly higher than men of similar ages and backgrounds.

While one in four adult Americans report at least occasional insomnia or sleep disturbance as the above referenced extensive NIH study discovered women are more likely to report insomnia, more often than men, especially when they are over 45 (the typical age when the perimenopause begins) and report that affected their daily lives more adversely.

During menopause, 40%–50% of women have episodes of insomnia.
~ National Center for Biotechnology Information

The Link Between Insomnia and Menopause

Sleep medicine defines insomnia in many ways, including as primary and secondary.

Primary insomnia seems to have no underlying medical cause, either physical or mental.

Secondary insomnia is considered to be the result of an underlying cause, and increasingly it seems that menopause can lead to this latter form of what is very common, but also often very disruptive, condition. 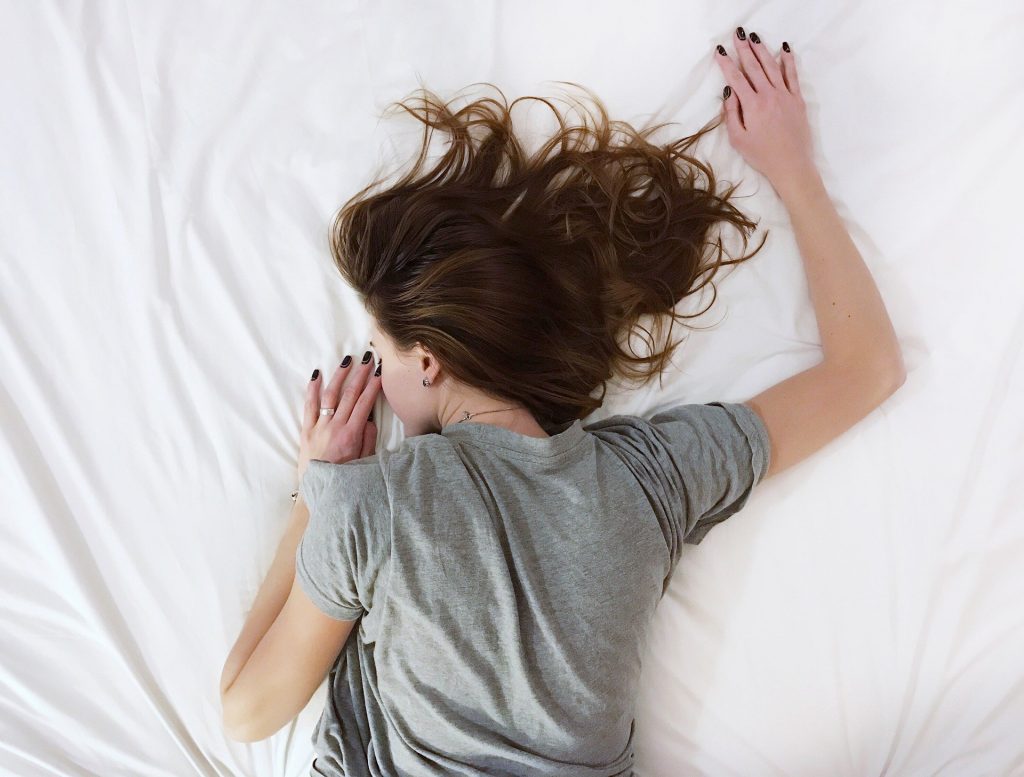 Primarily, sleeplessness at this time of life is associated with those dreaded hot flashes that every woman hears about for years before actually experiencing them for herself. Often, it’s not even clear what they are.

Hot flashes are, experts say, are the result of the many changes in hormone levels that accompany menopause and its onset.

They are the ‘side effect’ of a failure of the body’s thermoregulation process to function properly. Which hormones cause the problem, and why, is not yet fully understood.

As hot flashes manifest themselves as a literal sudden heating of the upper body, the fact they disturb sleep should come as no surprise. However, in a number of research studies it has been found that women wake just prior to the hot flash occurring, not during the event itself. Just why that is is something that remains to be fully understood, although researchers believe that the changes in the brain that lead to the hot flash trigger awakening as well as physical heat.

Something else that is interesting, but not yet understood, that has been observed from this research, is the fact that the instance of another sleep disorder, sleep apnea, also increases during and immediately after menopause.

For some women it can seem that they will never get a good night’s sleep again after the menopause begins. In fact, it’s been found that postmenopausal women are two to three times more likely to develop sleep apnea than premenopausal women.

This, researchers believe, is due to the decrease of the amount of the hormones estrogen and progesterone. However, this often more serious sleep disorder is often overlooked or dismissed as simple insomnia. 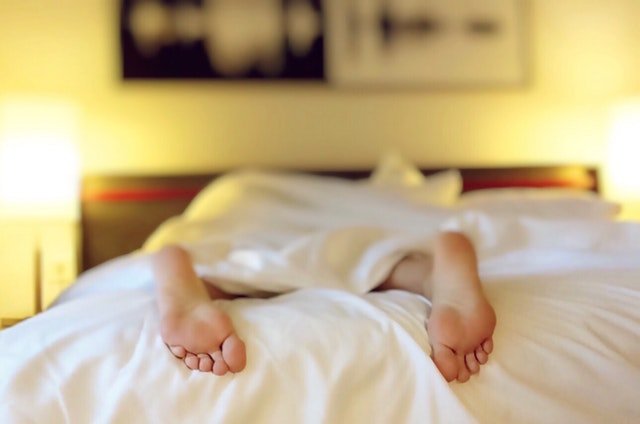 Better sleep is possible during and after perimenopause and menopause, but it will take some conscious work on your part, as well, in some cases, the assistance of a doctor.

What is Considered a Good Night’s Sleep?

What is a good night’s sleep? Ideally women aged 40 or older should get seven hours of uninterrupted sleep a night. However, this number is a broad average. Some people naturally function well on slightly less sleep – but very rarely less than six hours – and some need a little more and are not truly rested without eight to nine hours sleep.

In very basic terms however you need enough sleep that you wake feeling rested and do not experience the common symptoms of basic insomnia – daytime fatigue, irritability, forgetfulness, clumsiness – during the day.

If you are having trouble getting good sleep ideally the quest for better sleep should begin with a visit to your doctor. As we previously mentioned, sleep apnea may be the culprit, not insomnia, so that, as well as any other underlying health conditions, needs to be ruled out.

If secondary insomnia is diagnosed, then your doctor is likely to have advice for you specifically, but in addition to prescription sleep medications – which come along with their own set of complications, including the risk of dependence and interaction with medications being taken to relieve other menopause symptoms – the following may also be very helpful in the effort to combat menopause related insomnia.

Often, to combat insomnia at any age, no matter what sex a person is, their sleep habits can be at least partially to blame for insomnia and making an effort to develop better ones can be very effective.

Things to try include:

Ensuring that you exercise, just not too close to bedtime: Adequate physical exercise is a must for good health in general and better sleep in particular. However, any exercise will raise the heart rate, which is not conducive to a good night’s sleep, so you should not exercise during the three to four hours leading up to bedtime. 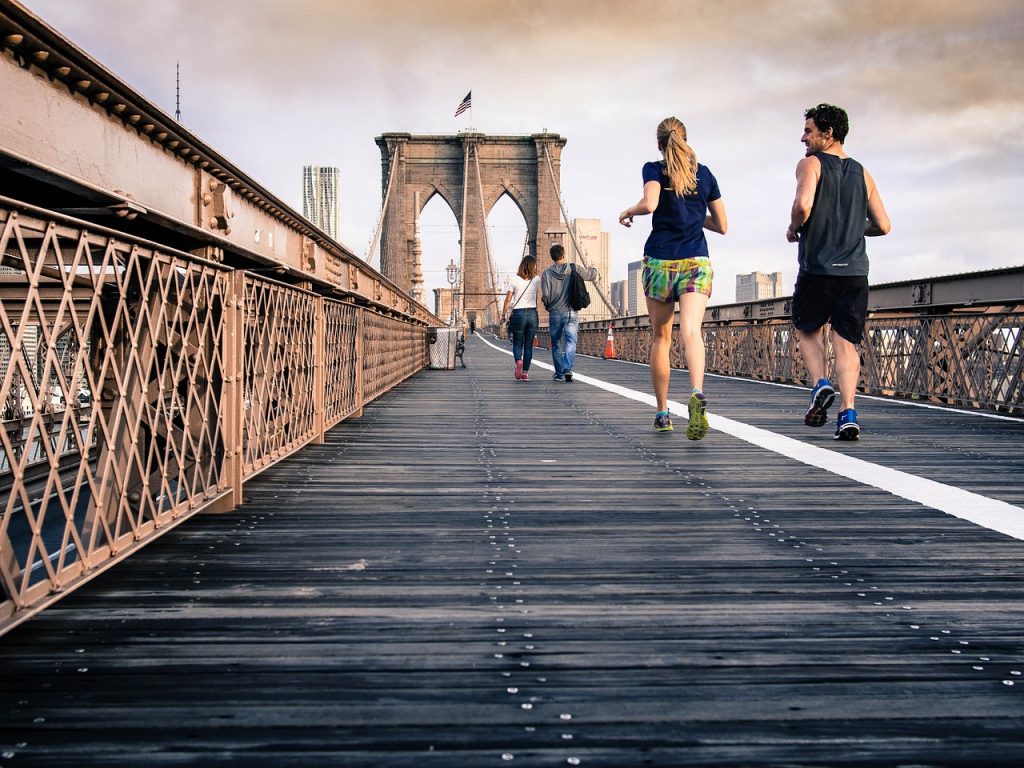 Watch what – and when – you eat: Some foods – particularly; very spicy ones – can lead to disturbed sleep when consumed too close to bedtime. The same is true of fried and fatty foods.

Ideally you should eat dinner at least four to five hours before you intend to go to bed (so, if, for example your goal bedtime is 11pm, then you should have dinner no later than 7pm.

Create a better sleep environment: The mattress you sleep on, the temperature in your bedroom and the amount of outside sound and light cam all affect your ability to get to sleep and to stay asleep. 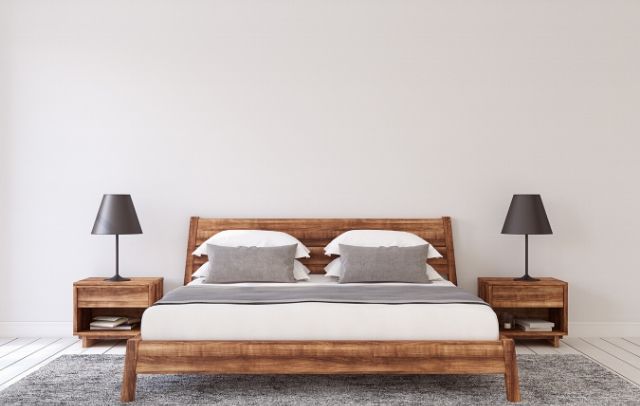 In terms of your mattress, it should be comfortable and supportive, but also allow you to ‘sleep cool’, something that is especially important for menopausal women. An investment in a new ‘cooler’ mattress may seem like a large one to make, but the price of high-quality mattresses is falling, and it is one investment that almost offers a great return on your investment in any case.

To find the right mattress for you do a little homework in advance by reading up on what each mattress is made from – some materials sleep hotter than others, especially some older forms of memory foam  – and the reviews of other customers who have already purchased them. Also looking for a mattress that comes with a free ‘X’ night’s trial is a way to try the mattress out for a longer period of time to ensure it suits you without risking hundreds of dollars.

To block out extraneous noise try making use of soft, noise-cancelling earplugs. Modern versions are very inexpensive and will block out ‘bad’ noise – traffic outside, snoring partners and more – while still allowing you to hear your alarm clock. If your bedroom is too light room darkening shades can be helpful and make sure you put your blue light emitting phone – there is some evidence that blue light exposure too close to bedtime can contribute to insomnia – out of sight and make use of traditional alarm clock instead.

Finally making a concerted effort to relax before bed is a must, as stress is one of the biggest enemies of a good night’s sleep in general. Try taking a warm bath, drinking a cup of herbal tea – herbs like chamomile are believed to be sleep aids in themselves – and turn off all your devices at least an hour before bedtime.