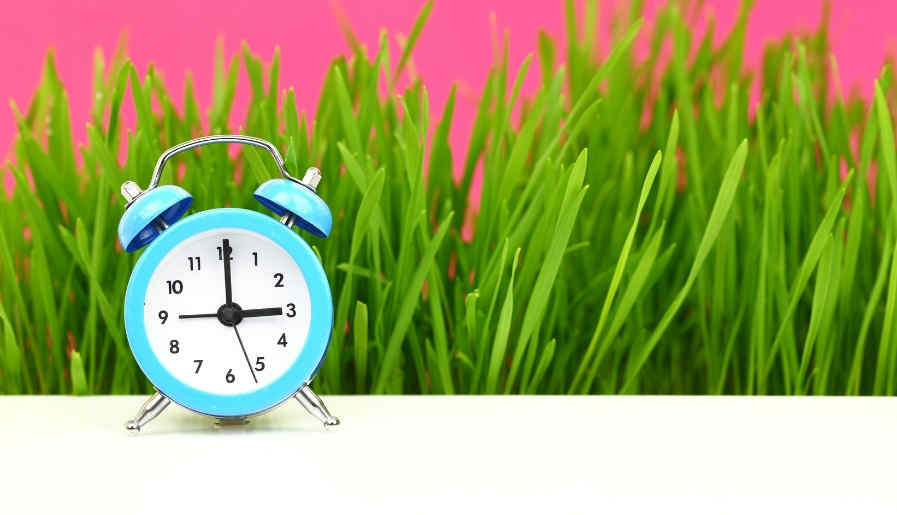 You may have heard – at least in passing – of Circadian Rhythms. You may have also heard that they are something to do with our daily bodily routines and that they help govern when we sleep and when we wake.

However, Circadian Rhythms are actually even more complex than that, as researchers are discovering they also govern when we are born, when we will die and almost every other aspect of living throughout the days that occur between those two events.

Before we begin, it’s important to note that it is not just human life that is affected by Circadian Rhythms. Almost every form of life on the planet is; mammals, fish, plants, everything. And thinkers and scientists have been noting the phenomena of living things being affected by the cycles of the sun and moon since ancient times.

Aristotle wrote that he observed that the ovaries of sea urchins were particularly large during a full moon, while Pliny observed that the leaves of the tamarind tree opened at dawn and closed at dusk, no matter what the time of year, with both concluding that these living organisms were being governed by some form of internal clock, as they had no one to tell them the time of day.

And as centuries of science, culminating in the world of modern chronobiology, has shown, these Ancient scientists were right.

The Circadian System, Biological Clocks and the Influence of Your Environment

As chronobiologists have discovered, in humans circadian rhythms are behavioral changes – both mental and physical – that follow a 24 hour cycle. They are not biological clocks, but they are, to a certain degree, controlled by them. They are often referred to as body clocks, though and that is a more apt description.

The circadian rhythms that, without us really being too aware of it, govern so many aspects of our lives, although ultimately controlled by our own brains are influenced to a large extent by outside ‘forces’. The sun and moon – and light and dark – are the two biggest, but temperature and mealtime changes can also affect them to a lesser degree.

Much about these ‘body clocks’ is still not fully understood, but because, as you’ll see, they can have such an effect on our lives the study of chronobiology has now become so respected that in 2017 researchers Jeffrey C. Hall, Michael Rosbash, and Michael W. Young, who have spent years studying the molecular mechanisms that partially control circadian rhythm, were given the 2017 Nobel Prize in the category of physiology or medicine.

So, given that we know that circadian rhythms and sleep are so closely aligned, and that the disruption of them can lead to poor sleep, and the effects of poor sleep can be so harmful (in many ways) are there any ways in which we can help assure that our own ‘body clocks’ remain as constant as possible to improve the quality of our sleep? The good news is that there are.

Here is a look at what are believed to be some of the most effective.

One of the biggest keys to maintaining circadian rhythms is to follow a consistent sleep routine in terms of what time you get up in the morning and what time you go to bed at night. By varying these times as little as possible – even at the weekend when many of us are tempted to ‘lie in’ – you will be helping your body better anticipate these events and prepare for them naturally.

Another way to regulate your body click is to maximize the peaks and troughs of you activity. This means remaining active during the day – even if you have a desk job most people can manage a lunchtime walk – and avoiding napping and reducing activity and stimulation right before bed by turning off the TV, shutting down the computer and getting off your phone – and actually putting it away – so that your body is better prepared to sleep.

Because your body’s master clock – your brain’s suprachiasmatic nucleus, which ultimately controls the circadian system – is very much affected by the external cues provided by light and dark you can help it remain consistent by limiting your exposure to very bright light before bed and then ensuring that you get out into the light – preferably natural sunlight – as soon after rising in the morning as possible.

One of the physiological factors that has been found to have a significant effect on circadian rhythm is a naturally occurring hormone called the Adrenocorticotropic Hormone, or ACTH for short.

In the average person, one whose body contains what is considered to be the right amount of ACTH the levels of it in their bodies fluctuate at different times of day; in the daytime, when the sun is out, the levels are high, and as dusk falls and things go dark the levels naturally fall and the whole process repeats daily over the course of 24 hours. It runs in fact in exact opposition to melatonin levels, the hormone that is believed to help induce sleep.

There are certain things – like jet lag after you cross into different time zones – that as they disturb your circadian system also cause an imbalance in the amount of these hormones that are produced. But this imbalance can do a lot more than just disrupt your sleep.

Under normal circumstances, certain circadian signals sent from the optic centers of the brain – along with certainly bodily stresses – cause another hormone, corticotropin releasing hormone (CRH), to be secreted into the body by the hypothalamus, which is located deep within the brain behind the eyes.

In turn this causes a chain reaction involving ACTH. As the CRH production increases more ACTH is released from the pituitary gland. This tells the hypothalamus to stimulate an area just above the kidneys, adrenal cortex, to begin the production of all of the sex hormones, including testosterone, estrogen and progesterone, along with other hormones that are crucial for the regulation of kidney function and blood pressure.

That all may sound a little complex, but it basically means that if natural levels of ACTH in the body are disturbed it can have some serious physical effects. As it seems that insomniacs – those who do not sleep well on a regular basis – are more prone to this particular hormonal fluctuation it is just another reason why it is crucial that you do everything you can to get the best sleep possible.

Remember that mention we made of Nobel Prize winning researchers in the chronobiology field? The specific work that they were recognized for was research into the relationship between circadian rhythms and the metabolism, specifically something called metabolic disease, which is a cluster of conditions that includes high blood pressure, increased cholesterol levels and excess body fat around the waist, as well as obesity and Type 2 diabetes.

They were not the first people to make a connection between disrupted circadian rhythms and an increased risk of cardiovascular disease, obesity, Type 2 diabetes and metabolic disease. In fact research had been ongoing into the connections for a number of decades, but only into the effects on men. The Nobel researchers undertook an intensive study on women as well, in this case those who were shift workers and found it difficult to maintain a single ‘regular’ sleep cycle, to help further expand what we know about the issue.

One of the major factors was that a common habit of shift workers – and many of us in general – napping, could have a negative effect in terms of physical health as could going through the day feeling excessively tired, often due to interrupted sleep.

What was particularly interesting however, was that they found that short naps during the day were not a problem, it was once the nap times exceeded 60 minutes they became a problem, so proponents of short naps – of which there are many – may be right about their restorative properties, but the naps must remain short, as the effects of long naps could be significant.  The research found that both men and women who were excessively tired during the day and took long naps were up to 50% more likely to develop the conditions we have just described.

Another study found a connection between too much light exposure at night and an increase in obesity, Type 2 diabetes and heart disease. Again, this work concentrated on shift workers, but too much nighttime light can affect anyone, as it disturbs circadian rhythms. As the brain and body prepares for bed it expects that the light will fade – as it would if you were outside – and so the presence of very bright light just before bed is confusing to the brain and its internal clock to say the least.

Being a Night Owl Could Be Bad for Your Health Too

Are you the type of person who likes to stay up late at night and then rise a little later in the morning? Many people, especially those considered very creative, do follow this night owl pattern, and for some of them it seems to be the best way for them to get the sleep they need. However, this too, scientists say, will disrupt the body clock.

A study led by researchers from Korea University College of Medicine found that those who stayed up later and rose later – even if they got the same number of hours sleep as those who went to bed earlier and got up earlier – were, once again, at increased risk for obesity, Type 2 diabetes and metabolic syndrome. The takeaway here? The old saying may have been right after all; “early to bed and early to rise makes a man healthy, wealthy and wise”, although the Nobel research found it applied to women too.

The one thing that none of us can avoid is getting older, and, as you might have expected by now, having read this far, is that age affects circadian rhythms as well.

The problem with aging for the circadian system is that researchers have found – primarily via studies in mice, as their brains are very similar to humans – is that as we age one of the biggest factors in maintaining circadian rhythms – light – is something that the brain – and most specifically the suprachiasmatic nucleus (SCN) of the hypothalamus – begins to fail to sense light properly, disrupting the body clock. It’s this that causes, – chronobiologists now believe – the increased insomnia that seems to come with age for many people.

And once again, this seems to have an effect on mental and physical health, with tentative links being made with this sleep issue and the development of conditions like dementia, Alzheimer’s disease and depression in older adults. Research in this field is still ongoing but many believe that if older people become more aware of the importance of maintaining good circadian rhythms they may be able to stay healthier, both mentally and physically, longer.

If you have never given much thought to your internal body clock before, the chances are that now that you know all of this you will, and will hopefully make efforts to adjust your habits – especially your sleep habits – to keep it in better sync. Better sleep is possible at any age for pretty much anyone, but the first step to getting it is to realize its importance and make a conscious effort to begin putting things right.