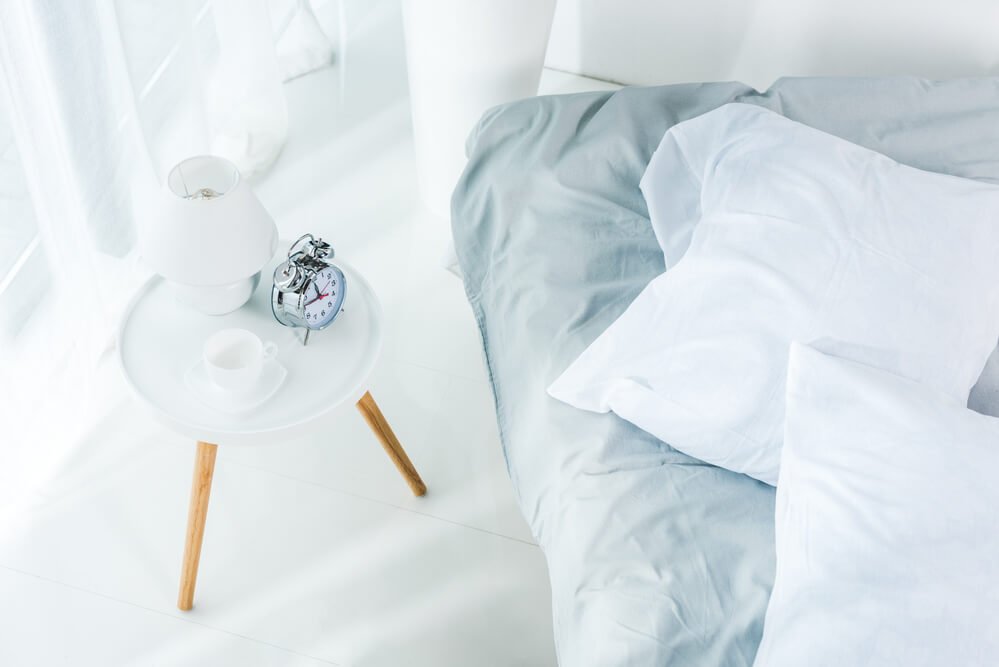 If you have shopped for, or researched, bedding recently you may have come across products that boast they contain Celliant technology. The question many have when they do – and you probably do too – is does Celliant really work. And you may even be asking what is Celliant anyway? These – and other related questions – are what we are going to take a closer look at here.

What Does Celliant Mean?

Often a product listing features the claim that the offering is enhanced by Celliant but then does not go on to explain what that is or why you should be impressed, or even care.

Celliant – pronounced cel-liant – is trademarked with the tagline ‘power from within’, and, once you understand it better, you will see that is actually a good, if slightly basic, explanation of Celliant.

[su_service title=”How It’s Made” icon=”icon: question-circle” icon_color=”#5abde5″]In quite simple terms Celliant is a material that is a blend of 88 different trace elements and thirteen thermo-reactive minerals woven into a type of polyester called polyethylene terephthalate.[/su_service]

Originally developed and trademarked by a California based company called Hologenix, the material is now found in all kinds of products. As it is essentially a fiber it can be used to make fabric for sportswear, sneakers, swimwear, upholstery and, most commonly in bedding, including mattresses, pillows, sheets, comforters and more.

It is no surprise that some people are skeptical about this rather mysterious material and ask themselves does Celliant technology really work? According to the FDA, who made a ruling on the matter in 2017, yes it does. And it works to the point that Celliant can be considered as a medical device, as, to quote their report:

temporarily promotes increased blood flow at the sight of application in healthy individuals.

The FDA aside – not overlooking the fact that the FDA is a big deal and that they are huge skeptics when it comes to anything new or somewhat ‘alternative’ – Hologenix has gathered thousands of opinions, and user reviews, on the benefits of making use of their invention that are pretty persuasive. The fact that it is a sustainable fiber is a big draw for many as well.

How Does Celliant Work?

OK, here is the science-y explanation behind Celliant.

In order to produce what some feel is its healing infrared energy, the combination of fibers and minerals in the Celliant fiber harnesses the power of your body heat. Your body emits heat into the fabric, and then the fabric uses that heat to generate infrared energy that is absorbed by your muscles and tissues. This increases local circulation and oxygen, which some experts say offers a number of health advantages.

In non-science-y terms Celliant helps your body heal as you sleep. And it does so safely. Although it is a long list, all the elements used in the creation of Celliant are safe for human to touch and to sleep on. Some products made using Celliant fiber – like mattresses – may offgass – but that is a feature of the products themselves and also considered harmless, if somewhat inconvenient.

The Benefits of Celliant 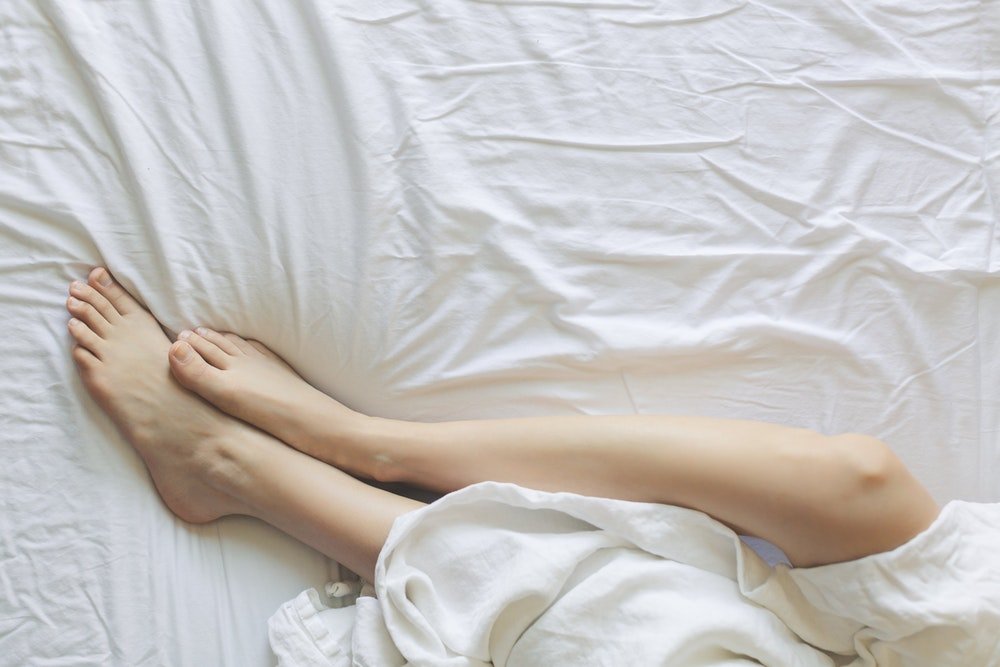 As we mentioned, the FDA approved Celliant as a medical device, meaning that some purchases may even be covered by your health insurance FSA. But exactly who does it help and how?

Making use of products crafted using Celliant is all about restoration. Good sleep is restorative, and the addition of Celliant into the equation is said to make it more so. Here is a look at some of the biggest benefits that have been widely reported:

Some people have a natural tendency to sleep hot, even when using cooling bedding like cotton. On the other side of the coin some people are bothered by cold hands and feet all night, often because of a circulation problem. Sleeping on Celliant helps regulate body temperature – and boost proper circulation – making for better sleep for both those who sleep hot and those who have to deal with chilly extremities!

Those who cannot get to sleep – or stay asleep for as long as they need to be properly rested – on a regular basis are usually classified as insomnia sufferers. And these folks will usually try anything to help them get a better night’s sleep once they have been living with the problem for a while. Not being able to sleep properly is not only annoying but awfully bad for both your mental and physical health.

After people began saying that Celliant helped them sleep better a formal scientific study was launched. That study found that 2.6% of the participants managed to fall asleep faster and got, an average of 18.3 extra minutes of sleep. 8.4% of the participants stated they woke up feeling more rested and energized. Ten more studies have been completed since the fiber was launched in 2012 with similar results.

A lot of athletes make use of Celliant products because they find that they help relieve muscle pain that is a natural part of competition in most physical sports. Many also feel it helps them recover faster. And it is not just athletes that feel that way. Lots of regular people feel they benefit in the same way, especially when making use of a Celliant mattress and Celliant sheets. And as less pain equals better sleep, they report improved sleep as well.

If you are now thinking that Celliant might be something you want to try adding to your nighttime routine the next, very logical question, is how? As we mentioned earlier, Celliant is now found in all kinds of products offered by lots of different brands and companies. So many in fact it can be hard to know where to start.

To help you here is a look at five of the products we have found – and so have a lot of other customers according to the online reviews we checked – to be helpful and effective ways to add the ‘power from within’ that Celliant offers to your bedtime routine.

The right bedsheets make all the difference when you are trying to get a good night’s sleep. These Celliant performance sheets from Sleepletics found on Amazon here – which come as a set, complete with pillowcases and fitted sheet – offer both the cool sleeping luxury of long staple cotton – the softest, silkiest cotton you can buy – and Celliant fiber to relax and rejuvenate tired muscles.

Another feature of the Sleepletics sheets is that they are very well-made, durable, and will last for years.

If you do not want to replace your mattress just to try out Celliant then a mattress topper is an easy alternative. This mattress topper, created by the experts who make the popular Bear Mattress is a plush topped, 2″ thick mattress topper that features both the copper that is a mark of a Bear Mattress and Celliant technology throughout, making for a well-supported, extra restful night’s sleep once it is placed on top of your regular mattress, which takes about two minutes! 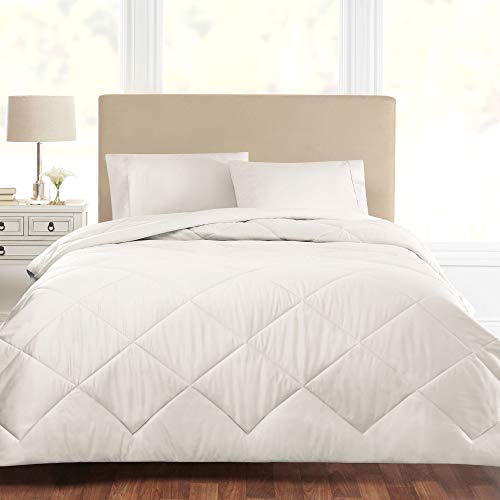 Whether you are going to invest in a set of Celliant ‘powered’ sheets or not, most people love the ease and convenience of a nice cozy comforter, and so the next time you are in the market for a new one, the Sleepletics Celliant comforter found here on Amazon is an excellent choice.

Filled with a hypoallergenic – and vegan friendly – down alternative it features Celliant in both the fabric cover and the comforter fill, as well as a long staple cotton blend that is soft, luxurious, and surprisingly easy to care for.

Bear Mattresses have long been favored by many for their copper technology – copper, in addition to being an excellent thermo-conductor, thus great for temperature regulation, also leads to a mattress that is antiviral and antibacterial, two things that are especially important to a lot of consumers right now.

The Bear Original mattress is also said to be the best mattress for those suffering with back pain.

The addition of Celliant to both the mattress itself and the fabric cover means that the Bear mattress offers an even better night’s sleep now than it did before. It’s par It features a 100 night risk-free trial, 10-year warranty and free shipping and returns. 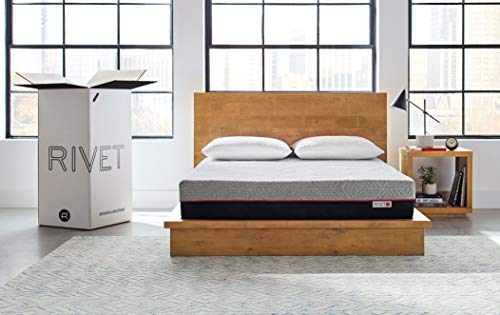 Rivets do not sound very comfortable, but fortunately, despite its name this mattress is. It is an Amazon private label – which means you get Prime delivery – mattress that offers the advantages of memory foam and Celliant technology. The Rivet mattress is available in Full, Queen and King, has medium firmness and is 10-inches in height. It is one of the most affordable high-quality mattresses you can opt for too!