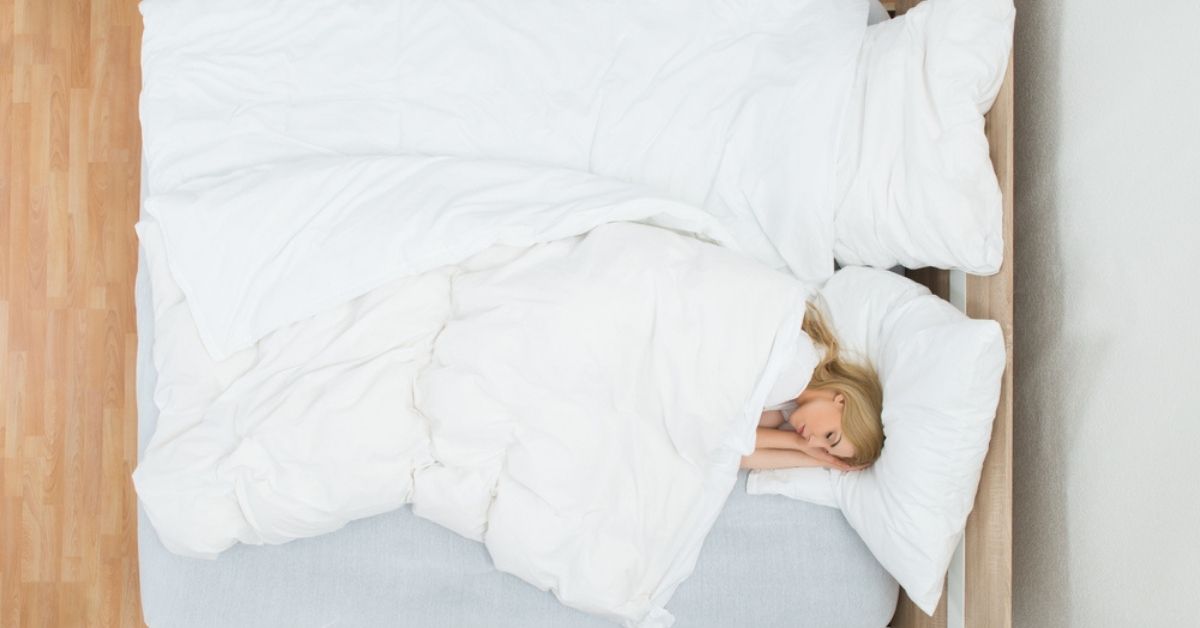 Although not a popular choice in bedding in the US – the comforter is far more popular – a duvet is the norm for bedding in Europe, and they are used in many hotels worldwide. A duvet insert is designed for use with an accompanying duvet cover.

But can you use a duvet cover without an insert? And just what is a duvet anyway? These, and other duvet questions and considerations, are what we are going to take a closer look at here.

What is a Duvet?

A duvet is a particularly thick, soft quilt stuffed with feathers, down, or a synthetic down equivalent. A duvet is quilted in a box or channel design, and it often looks like a giant, soft, fluffy sack. When the bed is fully made, duvets are frequently sized so that there is a minimum amount of ‘hang over’ from the bed.

This allows for a very tidy, modern look.

What is a Duvet Insert?

Bedding terminology sometimes gets a little lost in translation. As they have become more commonly used in the US some have chosen to use the term duvet insert instead of duvet.

Essentially, the two are the same thing.

Because it is the comforter that most Americans are far more familiar with, it can be easier for manufacturers to use the term duvet insert to distinguish between a duvet and a comforter. 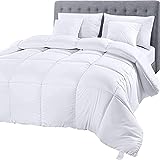 Click here to see this duvet insert on Amazon

What is a Duvet Cover?

If you shop for a duvet – or duvet insert if you prefer – they’re commonly available in either white or beige. This is due to the fact that they are intended to be used with a duvet cover, which is essentially a pillowcase for the duvet.

As a result of the large number of duvet covers available, practically any style can be accomplished. 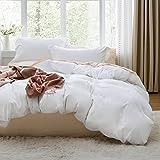 Click here to see this duvet cover on Amazon

Can You Use a Duvet Cover By Itself?

You certainly could use a duvet cover by itself, in place of a light summer blanket perhaps, but as it’s really more like a giant pillowcase for the duvet insert it is supposed to contain, it wouldn’t be very practical.

Unless it was your last bedding option a real sheet or light quilt would be far more suitable, as in effect, using a duvet cover without a duvet is a little like using a pillow without a pillowcase.

Is a Duvet Cover a Blanket?

No, the two are quite different.

A blanket is a single ply sheet of fabric, usually a thick fabric like wool, while a duvet cover is made of light fabric.

Duvet vs Comforter: What’s the Difference?

So far, we have mentioned a few times that a comforter is a far more commonly utilized bedding choice in the US than the duvet, although the latter is growing in popularity. But what are the real differences between the two?

The biggest difference is that a comforter is a single piece of bedding that can be used right out of the box. They have an ‘built in’ cover, and when you shop for a comforter you’ll choose the style, color etc. at the time, as it is not designed to be changed.

A comforter is also usually less expensive than a duvet. When properly cared for, a duvet – which is almost always filled with some form of down – is designed to last for a long time – and is usually thicker, softer and fluffier than a standard comforter.

A comforter, which can also be filled with down but is more often filled with a polyfiber blend of some kind – is usually thinner and not designed to last as long. 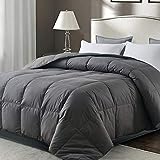 Can a Duvet Cover Be Used on a Comforter?

One of the advantages of a comforter is that you can change its overall appearance, and to a certain extent your bedroom’s decor scheme, just by changing the duvet cover. So you might be wondering if you can use a duvet cover to change the appearance of your standard comforter.

You can, but getting a good fit, or even getting a comforter into a duvet cover, will be a struggle. The resulting fit is likely to be quite lumpy too. As a lumpy bed cover of any kind is not something that’s ideal for a good night’s sleep, swapping your comforter for a real duvet instead may be a far better idea.

Can You Use a Blanket Inside a Duvet Cover?

Again, using a blanket inside a duvet cover would not be ideal.

Getting it inside the cover would be easier, as a blanket is lighter, and one could insert it in much the same way as you would a thin pillow into a pillowcase, but unless you have an emergency need to do so, a blanket inside a duvet cover will shift and bunch up and become very uncomfortable very quickly!

How Do You Use a Duvet Cover?

If it is your first attempt at putting a duvet cover on the process can appear a little tricky, but it really isn’t when you know how. To help you, here’s a look at the simple steps you should follow:

What is the Best Duvet Insert To Buy?

There are several types of duvet – or duvet insert – becoming easier to find in stores and online in the US. If you have never purchased a duvet before, you’ll likely be wondering which is the best choice to make, especially as the average duvet cost is higher than that of the average comforter.

To help you, here are some basic duvet buying considerations to keep in mind as you shop.

Natural and synthetic fillings are commonly used in duvets. So which should you choose?

Down is the delicate feather layer found around the roots of a bird’s bigger, stiffer feathers. It comes in a variety of colors and qualities with duck or goose being the most common fillings for duvets. Duck down is cooler and lighter, whereas goose down is warmer and more insulating.

Duvets filled with silk and bamboo are hypoallergenic and these natural fibers are great insulators that draw moisture away from sleepers, keeping them cool and dry.

Wool fill can very efficiently wick away moisture, which makes for a cool, dry sleeping environment. Wool is also a sustainable textile because it is made from a renewable resource. Wool is heavier and denser though, and best suited to winter use.

Finally, synthetic fillers that mimic down are available as duvet fill. These are also hypoallergenic and usually easy to care for. A synthetic fill duvet could be the perfect solution for individuals who are vegan and avoid all animal products or want to spend less.

The ticking is the name for a duvet’s outer shell or casing. The thread count of a duvet is usually used to determine its ticking. A thread count of more than 220 won’t allow filling to escape, so is the best choice. Also, the higher the thread count, the softer and lighter the exterior cloth.

Duvets can be constructed in a variety of ways. However, the two most common are baffle box and stitched box. Creating a baffle box duvet entails stitching a grid of boxes into a duvet. These boxes allow the down to stay loftier and better distributed, ensuring that there are no cold areas.