Bringing home a brand-new comforter is one of those little events that can actually make a big difference to your day! New bedding gives you the chance to experience new softness, new comfort and often, add some new visual interest to your sleeping space. But should you wash that brand-new comforter before you put it on your bed and enjoy your first night’s sleep under it? Should you wash a comforter at all?

The answer here isn’t clear and is very much according to personal opinion. There are those who feel strongly that you should wash a brand-new comforter, even if it has been shrink-wrapped before you purchased it, as they fear that any chemicals used in its manufacture might be lingering, and a good wash would strip them away.

Others, however, point to the fact that in North America and Europe a testing body, OKEO-TEX, tests hundreds of comforter samples every year and awards a certification to those that they consider ‘toxin-free’, so if your new comforter has this mark, it really does not need to be washed.

Whether you wash it when it’s brand-new or wait until it’s been in use for a while, at some point you should wash, or dry-clean, your comforter. Here we are going to take a closer look at why that is and just how you should go about doing so.

The comforter has long been a staple of American bedding, but in Europe the reverse is true: most Europeans have long preferred a duvet. The line between the two preferences is starting to blur now however, as more Americans discover duvets and European have been introduced to comforters.

But what are the real differences between the two? And why should you care when shopping for new bedding?

A duvet is a soft quilt stuffed with goose or duck feathers or down, or a synthetic down alternative. A duvet is usually quilted using a box or channel design, and it resembles – to some at least – a large, soft sack.

Duvets are not designed, however, to be used without a removable cover, as they are very difficult to launder. This offers the user the chance to change up the look of their bedding easily as they can simply change the duvet cover but putting on a duvet cover can be tricky!

In the late nineteenth century, comforters began to supplant duvets in the United States (while the duvet remains the preferred bedding in Europe), and they are now the most popular bedding option for the general population.

A comforter, like a duvet, is a quilt made of two layers of fabric filled with feathers, down, or synthetic alternatives. Because a comforter does not have as much fill as a duvet, it is usually not as soft and ‘fluffy’. It is designed to be a one-piece item and does not require a cover.

Most comforters can be washed (carefully) and while they are not as versatile in terms of looks as a duvet they tend to be cheaper and easier to ‘use’. 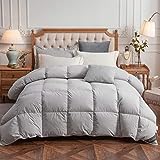 Should You Wash a Comforter Before Using It?

As we mentioned earlier, this is a matter of personal opinion. If a comforter has an OKEO-TEX certification, that means that the chemicals some people worry about are not present, so there should be nothing to wash away. Comforters without this mark may or may not have traces of chemicals on them, although to remain competitive many manufacturers are voluntarily ensuring they don’t.

However, if you’d feel better washing your comforter before you use it there’s certainly no harm in doing so, as long as you do so the right way.

How To Wash a Comforter?

We should start off here with a warning: not all comforters are designed to be washed at all and are dry-clean only items. The label on the comforter you chose will give you the specifics for your particular comforter choice, and its instructions should always be followed over general advice, to avoid shrinking or ruining what is often not an inexpensive bedding purchase.

This having been said, many modern comforters can be machine washed. Again, the label will instruct you as to the specifics, but usually they should be washed alone – and in most household machines you won’t have a choice in the matter as comforters are so big – and on a cool or cold-water setting.

You should also be aware of the fact that a large item like a comforter can easily become wrapped around the central agitator arm in a standard washing machine, leading to rips and tears as well as potential damage to the machine itself, so if your comforter is very large, and your washer isn’t, you may want to consider another way to clean it. 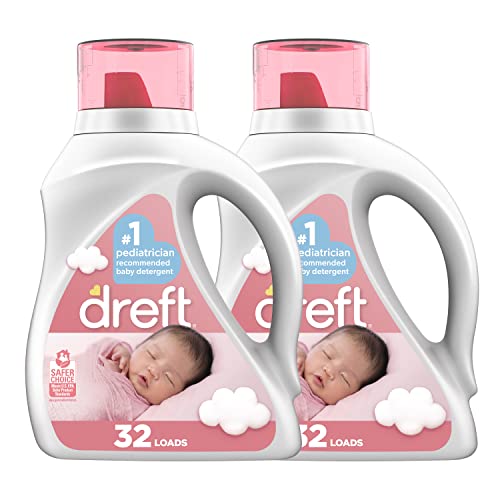 If you are going to wash your comforter at home you should do so with a gentle, additive free detergent. Baby washing detergent is often the best choice, and the tried-and-true Baby Dreft is an option we love. Avoid detergents with heavy perfumes, as while they might smell nice and strongly scented just out of the washer that smell might become a little much when you have to sleep with it for eight hours!

As to drying a comforter, if your dryer is large enough, and the washing instruction label says it’s OK, drying it on a low or no-heat fluff is an option. Alternately, you can line dry the comforter, although this is likely to take several hours (at least) so try to choose a rain free day!

One more note about drying your comforter: you must ensure that you get it dried completely. A damp comforter that is allowed to stay that way becomes a mold magnet, whatever it’s filled with, and sleeping under a layer of hidden mold is the last thing anyone wants to do! 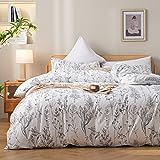 How To Handwash a Comforter

If your washing machine is small, or you are worried that the comforter will damage it, handwashing your comforter may be a better idea. It’s doubtful you’ll be able to do so anywhere but your bathtub, due to a comforter’s sheer size, but that will allow you to pretreat and soak away any stubborn stains before washing it.

Again, make use of a gentle detergent and follow the instructions on the label. Washing a comforter by hand can be hard work, though, especially when it comes to trying to rinse away all the soap and get it wrung out enough to put in the dryer or hang up to dry.

How Much Does It Cost to Dry Clean a Comforter?

Some people prefer to take their comforter to the dry cleaner’s when it’s time for a cleansing refresh. The cost of doing so varies from store to store, and certainly according to where you live. It will also depend upon the time of comforter to be laundered. A real down comforter will usually cost more to dry-clean as extra car must be taken with the delicate fill.

On average you can expect to pay anywhere between $30 and $60 to have your comforter dry-cleaned.

Is it Better to Wash or Dry Clean a Comforter?

In terms of convenience, expertise and practicality, dry cleaning a comforter is often a better alternative. A comforter can be very hard to wash in a standard household washing machine, and, more importantly, for your health and safety, as well as the ‘health’ of the item itself, much harder to dry. If you can head to a laundromat and make use of the big commercial machines there, it may be a better idea.

Price is often the reason people opt to wash their own comforter. Everyone likes to save money after all. But you should consider whether the savings will make up for the time and effort involved in washing your own comforter are really worth it.

How Long Does It Take to Dry Clean a Comforter?

Technically, a dry cleaner can clean and refresh your comforter very quickly, in less than an hour. How long it is before you get it back, however, will obviously depend on how busy they are!

How Often Should You Wash a Comforter?

Even if you decide not to wash your comforter when you first get it, most experts advise washing or dry cleaning your comforter every two to three months if it’s used nightly. This is one of the advantages of a duvet by the way. You can simply slip the cover off a duvet and toss that in the washer – or replace it with a new one if you are looking for a change – which in many cases is easier, cheaper and a lot less of a hassle than trying to deal with washing a comforter.